What happens when U2’s Bono pays a visit to his favourite Christian author? This wonderful conversation results: two creative minds talking about art, music, the Bible, and emotional honesty. Bono and Eugene Peterson (best known for his paraphrase of the Bible called The Message ) couldn’t live in more different worlds. Bono wears leather and rocks stadiums. Peterson lives quietly writing books, far away from ‘mash pits’ as he charmingly calls them. But the author has influenced the artist, and the artist is taking the author’s work to new audiences. And it’s their shared love of the Psalms that’s brought them together.

I’ve interviewed Eugene Peterson on his life and work before, but some potent things struck me in this conversation:

The Honesty of the Psalms

Peterson says he started translating the Psalms by choosing individual passages for people in their time of need: “to try to get them to realise that praying wasn’t being ‘nice’ before God.” The Psalms are not always pretty, he says, just like other aspects of scripture. But they’re real. They’re honest.

It was this honesty that Peterson says he was trying to maintain as he translated the Psalms’ original Hebrew into something modern. “It’s not smooth, it’s not nice, it’s not pretty,” he says of The Message‘s translation of the Psalms, “but it’s honest.” And that honesty, he says, “is very, very hard in our culture.”

Bono says he’s suspicious of Christian artists today because of the lack of realism or honesty he hears in their lyrics. “The psalmist is brutally honest about the explosive joy that he’s feeling, and the deep sorrow or confusion,” he says. “And I often think, ‘Gosh, well why isn’t church music more like that?’”

“I would love if this conversation would inspire people who are writing these beautiful gospel songs [to] write a song about their bad marriage. Write a song about how they’re pissed off at the government. Because that’s what God wants from you, the truth. And that truthfulness… will blow things apart.”

Francis Schaeffer once noted that ideas reach the masses through a sequence of steps: from philosophy to art to music to the general culture. I think we see that flow happening in this conversation. Peterson the scholar has influenced Bono the musician who is influencing the broader culture.

Every artist gets their ideas from somewhere and effects culture by sharing them. So pay attention to who your favourite artist is reading and listening to. And don’t despise the importance of Christian scholarship. 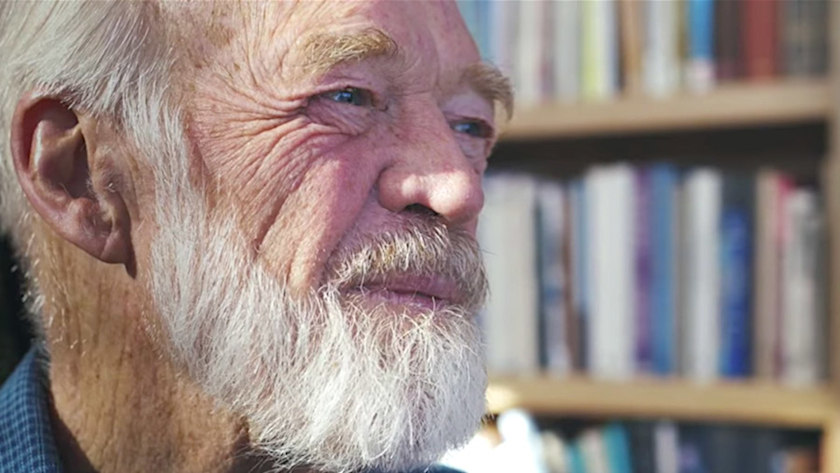