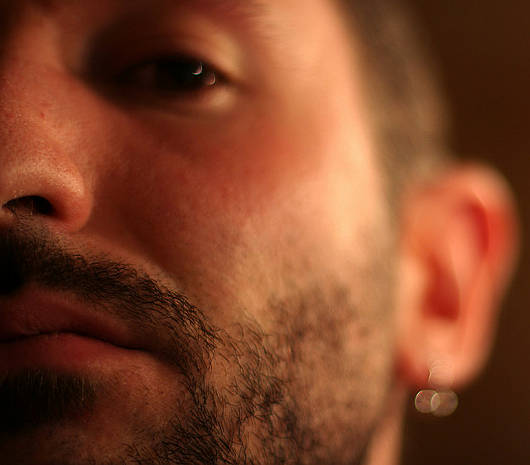 Update: An audio version of this parable is now available. See below.

Imagine for a moment that you’re a member of an organised crime ring with connections to corrupt city authorities. Imagine that you discover someone who knows your gang’s every deed—every scheme, every secret, every deal, all the money trails. One night you decide to round him up. He has to be silenced.

Your thugs bring him to you. ‘Is it true,’ you ask the man, ‘that you know of my business dealings?’ He stays silent. One of your thugs steps forward. He slaps your suspect across the face and yells, ‘Is it true!?’ The man looks you in the eye and nods.

Your inner circle deliberate and options for the man’s removal are discussed. A crowbar to the head out in the woods? A sniper’s shot when he least expects it? ‘I know what will work,’ you say. You pick up your Blackberry and start dialling. The city mayor always takes your call.

A news conference is held the next morning. As journalists gather and cameras roll, the mayor rises to the podium. ‘We have intercepted a terrorist plot to blow up Town Hall,’ he says—your victim’s face suddenly flashed across television screens. ‘We expect a fast trial and a most serious sentence.’

The innocent man is held in custody. With a wink and a nod from a compliant superior, a group of otherwise bored cops there take to him. They push him into a back room and start beating and spitting on him. They force him onto all fours and kick him up the backside. They put lipstick on his face and pour beer down the front of his jeans. They wrench an old judges wig on his head and with hoots of laughter shout, ‘Have mercy on us, oh Judge! Forgive us for our terrible crimes!’

The holder of your secrets is quickly tried, as the city’s mayor promised. He is declared guilty and jailed soon after in a maximum security compound. And there, after another call from your Blackberry, and another nod from a prison guard in the know, your incarcerated cronies go to work.

They enter your victim’s cell as he cowers in the corner. They push him against the wall then throw him to the floor. ‘Nice shirt,’ one of them says. ‘I’m getting his jeans,’ says another. They strip him naked.

Rolling him onto his stomach they stretch him out and lash his feet together with plumber’s tape. They pull his flailing arms behind his back and tape together his wrists. ‘The mouth?’ asks one of them. ‘And the nose,’ comes the reply. Three men hold your victim down as loop upon loop of black tape is wound around his face—starting from the chin, up to the lips, and finally across his nostrils.

Sweat covers his body. His lungs heave for air. His eyelids are swollen. Your cronies slip quietly out of the cell.

Now imagine that you’re reclining on a lounge in your palatial home a few days later. There’s a knock at your front door. Expecting an associate, you fling the door wide to find that your visitor is not an associate but… him. Tape marks around his ankles. Red lines around his wrists. Eyes still a little swollen. But whole. Breathing. Alive.

‘Could it be true?’ he asks after a moment’s pause, looking you in the eye.

And you heave for breath.

If you need it:

Update: A revised version of this parable was used in Tom Wright’s #BigRead12 community Bible reading event. Listen to the audio version below, or right-click here to download.