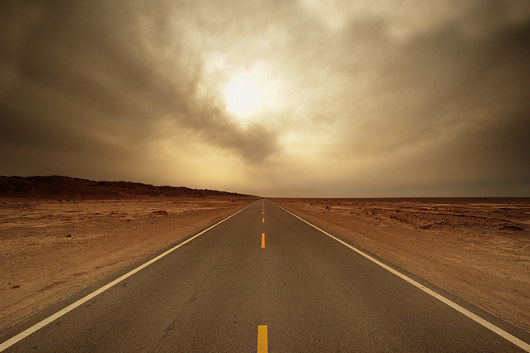 After the Wilderness, a New Beginning

I know a girl who aspired to become a classical pianist. She had natural talent. She spent hours in practice. Then one night a man broke into her house and attacked her with a knife, badly disfiguring her hands. Today her piano sits silent.

I know a man who had a promising career in publishing. He had a gift for words. He was rising through the ranks. Then a religious cult persuaded him to quit his job to preach in the streets because the world would soon end. The world didn’t end. And the publishing world never opened to him again.

I know men and women who dream of marrying but remain single. A friend of mine dreamed of her brother’s recovery from cancer, but that dream was laid to rest last August.

To dream is to be human, but to be human in this world is to experience a dream broken. And as the years stretch on with our dreams unfulfilled, it can feel like we’re lost in the wilderness.

Broken Dreams In the Wilderness

During this season of Lent we remember Jesus’ forty days in the desert—itself a reenactment of the Jews’ forty years in the wilderness. Both experiences hold a profound lesson about recovering from broken dreams with God.

To the Jews the wilderness was a place of trial—a wasteland of confusion where one walked in circles, a desert of frustration where one’s dream was denied.

After their momentous liberation from Egyptian slavery and their divine encounter on Mount Sinai, the Jews had set out for a Promised Land of plenty. But what started as adventure soon became adversity, with an eleven-day trek becoming forty years of wandering.

The Jews felt tempted in the wilderness—tempted to renounce their God, or at least question his goodness; tempted to scuttle back to the world that enslaved them. When Jesus the Jew had his own wilderness experience he too heard the Tempter’s voice in the winds—to turn the stones around him into tasty bread, misusing his power to fulfil hunger; to leap from the temple and be caught by angels, proving his ‘specialness’ to others, and to bow to the Devil and gain worldly power, avoiding the pain of his future.

But the Wilderness is a Place of New Beginnings

The wilderness feels like a place of desertion. Our souls are dry, there’s sand in our eyes and we feel vulnerable, tempted and restless. But as the Jews reflected on their wilderness wanderings they saw more in the experience than suffering:

For as much as the wilderness is a place of trial, it is also a place of transition—where slavery becomes freedom and immaturity becomes wisdom, where our proud demands are humbled and our insecure selves become children of God. In the wilderness we become people we could never have become, and move into the next phase of our lives.

After forty years in the wilderness the Jews entered their Promised Land.

After forty days in the wilderness Jesus launched his world-changing mission.

So, what if this wilderness season of ours—with its silent pianos and lost careers, with its sadness, singleness and loneliness; with its crushing diagnoses and hospital wards and its doubts and tears and brokenness—was leading us to become someone we couldn’t become without its trials and testings? What if God was using it to test our faithfulness to him, through it affirming us as his ‘child’? What if it was the transition point to a new Promised Land, a new phase of life, a new mission?

God has a habit of making the wilderness a place of new beginnings.