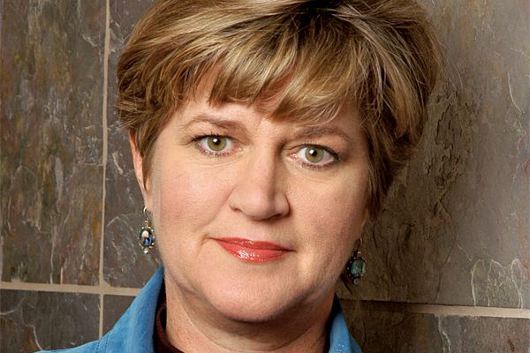 With executive incomes rising while the world teeters on financial collapse, and the Occupy movement spreading to cities around the globe in protest, corporate greed is front of mind again.

One woman who knows the effects of facing such greed and ‘speaking truth to power’ is Sherron Watkins – the former Vice-President for Corporate Development at the now defunct energy giant Enron. It was Sherron who blew the whistle, so to speak, on Enron’s ‘creative’ accounting practices and corporate fraud. Enron’s collapse in 2001 was one of the most spectacular in corporate history. Its bankruptcy resulted in shareholders losing an estimated $11 billion and saw thousands of employees turned out on the streets.

As you’ll hear in this Open House interview, it was a gutsy stand that cost Sherron greatly, but one which came with unexpected benefits.

Some Highlights in the Interview

SV: Could you ever work as an executive again?

SW: Unfortunately, no. Not that I would want it necessarily, but honestly—CEOs and business leaders want to hear my story, they welcome me at various conferences, but in terms of hiring me, no. I’ve had some higher ups tell me, ‘You know Sherron, they’re not going to hire you because they might want to bend the rules one day and they don’t want someone like you around.’

SV: Ironically, I believe Enron once gave out company post-it notes bearing a quote from Martin Luther King Jnr on them which read, ‘Our lives begin to end the day we become silent about things that matter.’ What advice would you give to people who see injustice and illegal practice around them?

SW: Well, my answer is another quote along the same lines, from Alexander Solzhenitsyn: ‘We err not because truth is difficult to see. It is visible at a glance. We err because this is more comfortable.’ Look at both of those quotes together. They say so much. You protest something unjust, you bring up truth, you confront an oppressor, and what happens is that you get the equivalent of a big back of the palm to the forehead. You get smacked down. And you realise, ‘Goodness, to keep going down this path is going to be painful.’ So you just stay silent. But now look at the Martin Luther King Jr quote. You don’t realise it but your life started to end the day you decided to stay more comfortable. You won’t know it for ten, twenty or thirty years but you’ll look back and something in you will have died back then when you decided it was easier to stay silent.

Listen to the full interview below, or download it by right clicking here. The full transcript is also available in Open House Volume 2.

Q: Have you ever needed to speak ‘truth to power’ and/or become a whistleblower? Would you agree that our lives begin to end the moment we ‘stay comfortable’?