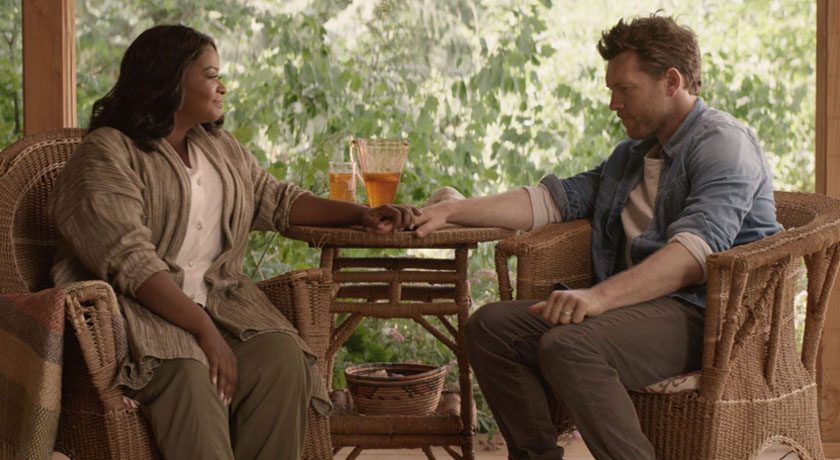 Image: Mack (Sam Worthington) and Papa (Octavia Spencer) in a scene from ‘The Shack’.

When William Paul Young sat down to write a story for his children about a man who meets God in a forest shack, little did he know what would follow. The Shack became a publishing phenomenon and has now made it to the screen.

For some, The Shack has been life changing with its creative portrayal of the Trinity and its exploration of God’s presence in the midst of pain. For others, it’s heresy. In 2008, when the book had sold a mere 4 million copies (it’s many times that now), Paul Young dropped by the Open House show to explore the book’s meaning, the personal story behind it, and respond to its critics. It seems a good time to review that conversation now. Here it is in both audio and video for you.

Have you read the book or seen the film? Give me your opinion in the comments below.

Part 1 – The Message of The Shack and its Surprising Success

We discuss the message and the surprising success of The Shack – a tale of a man who loses his daughter and meets God to discover an answer to suffering.

Part 2 – The Eleven-Year Battle that Inspired the Book

Paul shares the 11-year personal battle that led to The Shack. We hear of his childhood abuse, later addictions and betrayals; his drive to please people and God to find affection; why religion never healed him, and the event on January 4, 1994 that turned his life upside down.

Part 3 – Why is God the Father Portrayed as a Woman?

We learn why Paul presents God the Father as an African American woman named ‘Papa’ and the Holy Spirit as an Asian-looking woman named ‘Sarayu’. Paul also explores some of the more common misconceptions about God, and why God is all about relationship rather than religion.

Part 4 – Has he Created an Idol? Paul Young Answers his Critics

In answer to his critics, Paul discusses whether Jesus made mistakes, whether portraying God the Father as an African American woman has created an idol, and whether his portrayal of God is demeaning.

Part 5 – Is There a Hell, and Understanding the Nature of God

We conclude with a discussion about whether there is a place called hell, and how we can best understand the nature of God.

Have you read The Shack or seen the film? What dd you think? Leave a comment below now or call me using the ‘Send Voicemail’ button on the right. Please also rate and share this podcast on iTunes to help others discover it!